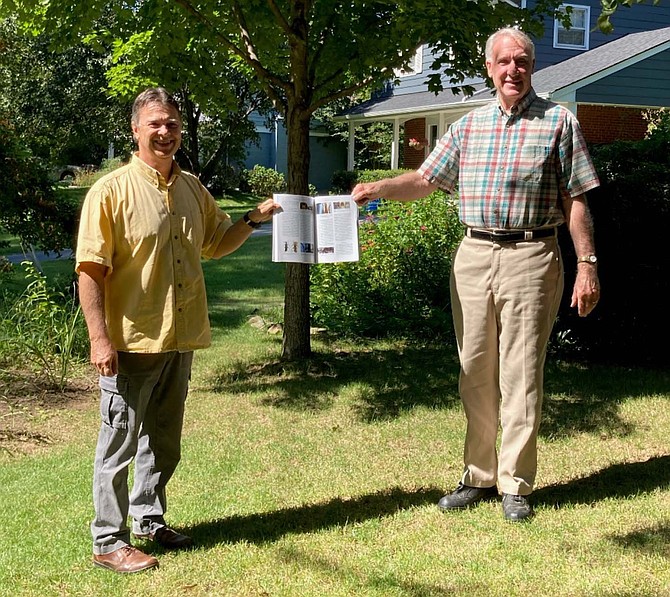 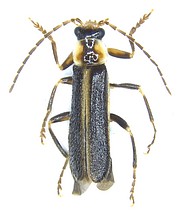 “I knew the second I saw it that it was none of the species I had ever seen before in the park, and probably none of the species known from the Eastern United States” said Brent Steury, Natural Resources Program Manager for the George Washington Memorial Parkway, a National Park site in Fairfax and Arlington counties, Virginia. The species he was referring to is a new species of Soldier Beetle (family Cantharidae) discovered by Steury in 2019 and described in a recent issue of an international journal devoted to the study of beetles called The Coleopterists Bulletin. “I had to be sure that this beetle was not a species recently arrived in North America from some other country and the peer review process of The Coleterists Bulletin helped me do that. This publication makes it official,” Steury said, “the planet has one more species with a name.”

Steury has been inventorying the flora and fauna of the parkway for over 15 years and has a special fondness for “beetles, snails, and plants” he said. The discovery was made in Turkey Run Park (a unit of the parkway) near the Potomac Gorge, an area known for its high species richness and rare plants and animals. Steury has found over 100 species previously unknown from Virginia in this area but was still a “little surprised” to find a beetle species totally unknown to science, “especially one so brilliantly colored and so large” Steury said. “At seven to eight millimeters,” slightly less than one-half inch (females are slightly larger than males), “it seemed large to me” he said. “Many of the species previously unknown from Virginia that are discovered in the Potomac Gorge are less than half this size” Steury explained.

This is not the first time species unknown to science have been found near the Potomac Gorge in Turkey Run Park; “new species of flies, a caddisfly, and an amphipod” (small shrimp-like organisms) “have also been discovered here just in the last 15 years,” Steury said. “We do a lot of work with the Smithsonian Institution and those species were discovered by colleagues there,” Steury said. “It’s so amazing to find new life forms just outside your office” said Steury, pointing out the window from his office located in Turkey Run Park.

“Back in 1948, John Green discovered another new species of soldier beetle in Turkey Run Park, then called Podabrus vernalis but now known as Dichelotarsus vernalis. Lucky visitors to the park can still see this species today,” Steury said.

When you find a new species you have to give it a name. Some species are named after the places where they were found, attributes of their anatomy or color, or after people. The actor Leonardo DiCaprio recently had a new species of beetle discovered in Southeast Asia named after him in honor of his work protecting the environment.

“I couldn’t think of anyone more deserving than Jim Sherald to name this beetle after” Steury said, beaming ear to ear.

“Jim was our Chief of Natural Resources for the National Capital Region,” said Steury, the area of the National Park Service that oversees the protection of the Potomac Gorge. “I worked with Jim for over 15 years and he cared more about the gorge and the protection of its resources than anyone else I have known.

“I thought it only fitting to name this new soldier beetle after him. Jim was like a soldier, protecting the natural resources of the gorge. Without people like him, those resources are at risk of development. The National Park Service only manages these lands for the public. We are charged with protecting them so that future generations can enjoy them as we have. Thank God for people like Jim.”

Dr. James L. Sherald retired from the National Park Service (NPS) in January 2010 after 35 years. During his career he was a research plant pathologist and later Chief of Natural Resources and Science for the National Capital Region (NCR) which manages National Parks in the Washington metropolitan area.