Commitment to a Cure in Alexandria
Votes

Commitment to a Cure in Alexandria

Golubin honored for work with Arthritis Foundation and veterans. 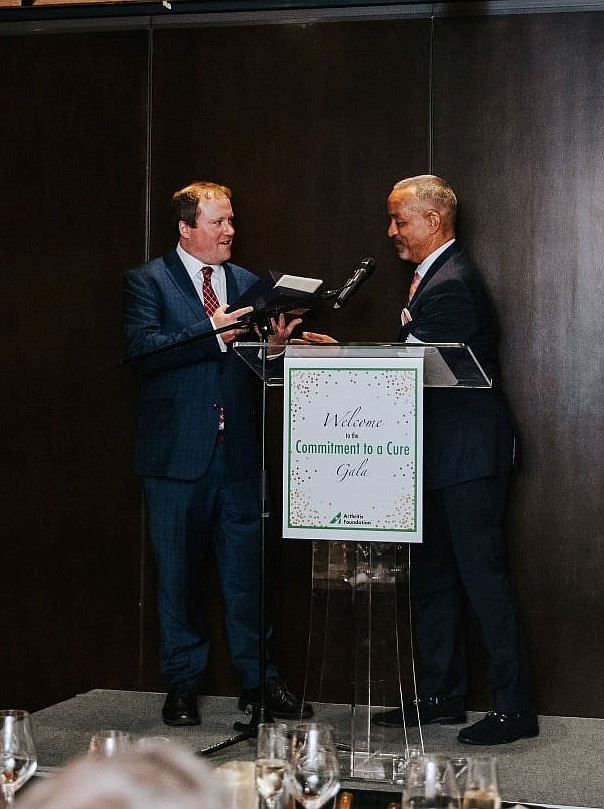 Garrett Golubn, left, is presented with the Arthritis Warrior award by emcee Shawn Perry at the Arthritis Foundation’s Commitment to a Cure Gala Oct. 28 at the District Winery.

Alexandria native Garrett Golubin was honored Oct. 28 at the Arthritis Foundation’s annual Commitment to a Cure Gala for his efforts in establishing a partnership between the foundation and the U.S. Department of Veterans Affairs. 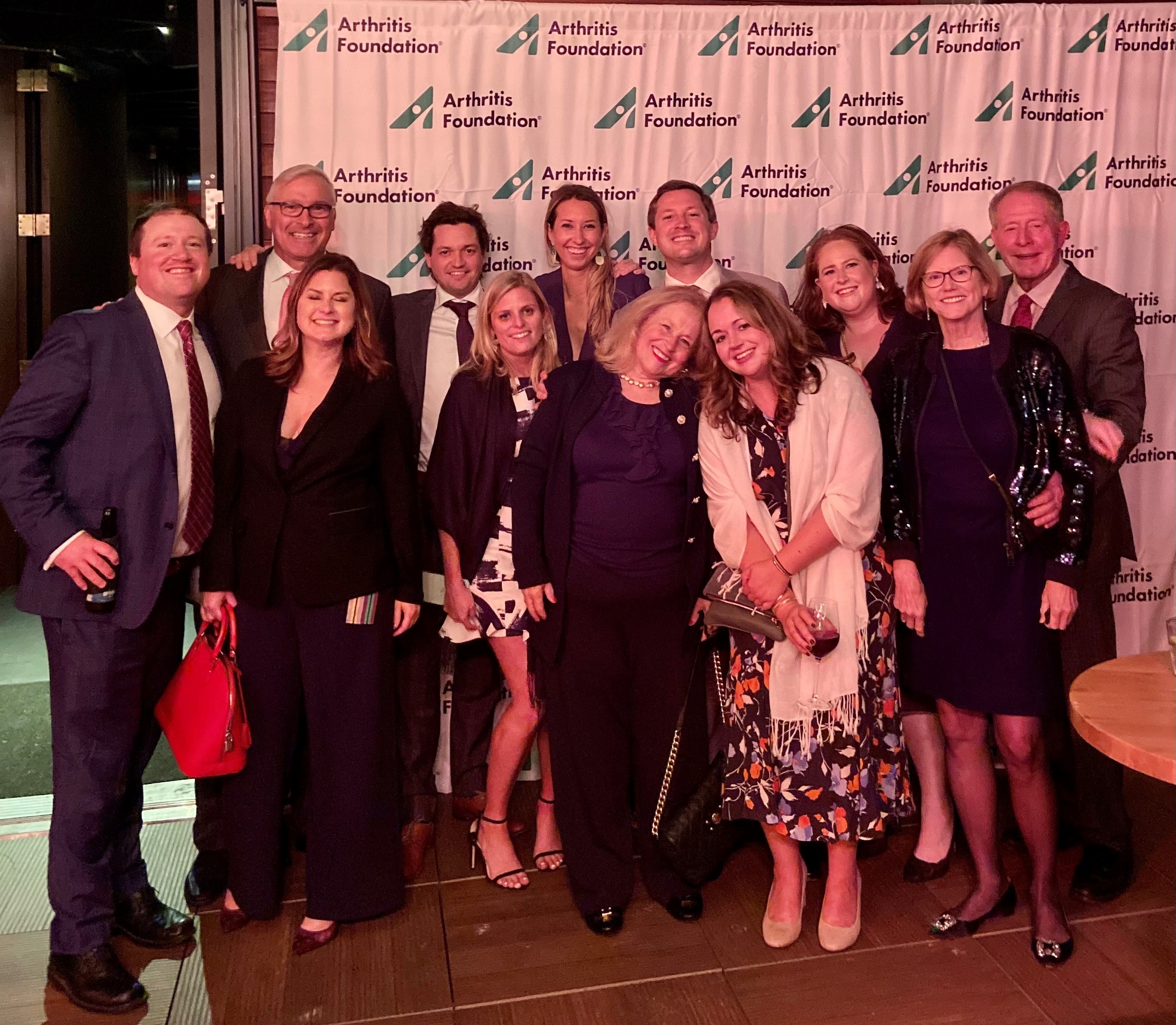 Garrett Golubin, left, celebrates with family and friends after being honored with the Arthritis Warrior award at the Arthritis Foundation’s Commitment to a Cure gala Oct. 28 at the District Winery.

Held at DC’s District Winery, the third annual event was emceed by Shawn Perry of The Senior Zone radio program. In addition to Golubin, who was named the Arthritis Warrior honoree, the organization recognized President and Chief Medical Officer of MyMD Pharmaceuticals Dr. Chris Chapman as the medical honoree, and DTM Fitness founder and owner Dan Hill as the veteran honoree.

“There is still a lot of work to be done to raise awareness and fund a cure for this disease.”

“Arthritis is the number-one cause of disability in this country,” said Golubin, who was diagnosed with ankylosing spondylitis, a form of arthritis in the spine, in 2014. “And most people are not aware that one in three veterans is diagnosed with the condition, making it the leading disability among veterans.”

After receiving his diagnosis, Golubin, an account executive with software intelligence provider Dynatrace, began fundraising for foundation events. He eventually became the fundraising chair of the local leadership board, a position he continues to hold.

In 2020, Golubin forged a relationship with the Veterans Affairs at a national level, leading to a partnership that provides specialized support for veterans through the VA.

“It is important that we work not only to help our veterans but to improve the health of our current service members,” Golubin. “It is a real honor to be here tonight but there is still a lot of work to be done to raise awareness and fund a cure for this disease.”