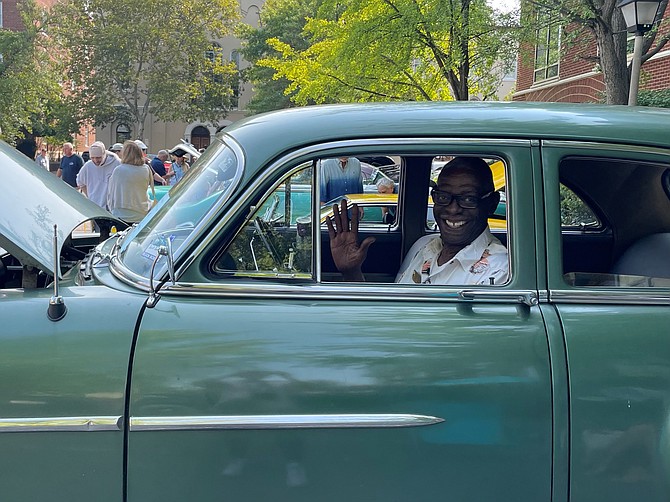 It was a step back in time at the Alexandria History Museum as the Lyceum hosted the 6th Classic Car Show Sept. 17, featuring Packards and other “orphan” vehicles, or vehicles that are no longer manufactured.

Co-sponsored by Packards Virginia, the show featured 18 classic vehicles on display, with several that are still used daily.

“A few vehicles that were supposed to be here had mechanical issues,” said Scott Leaf of Packards Virginia. “But all of these are still going strong with about four here that get driven on a daily basis.”

One of those vehicles is the 1967 Pontiac GTO that was purchased by the parents of James Hancock, who drove it to bring him home from Arlington Hospital after he was born.

“All of these are still going strong."

“This was my parent’s everyday car,” said Hancock. “It is an early edition purchased in November of 1966 -- one of the first ones that came out of this model. I came home from the hospital in the backseat of this exact car. It’s a family heirloom.”

While not the exact vehicle, Jim Vines proudly displayed his 1951 Packard 200 Deluxe.

“My dad bought a 1947 Packard immediately following the war,” Vines said. “My mother did not shift well so he purchased another in 1951 in this shade of green. When I saw this vehicle in 2013 I got teary eyed – it reminded me of my parents.”

Lynn Shirey showed up at the show in her 1953 Packard Clipper Touring, a vehicle owned by her grandfather.

“I am only the second owner of the car,” Shirey said. “My grandfather bought this car new in 1953, taking a train from Tulsa to Detroit to take delivery of the car. He drove it around Tulsa until it was not elegant anymore then took it up to his cabin where he used it to pull a trailer and pull out tree stumps. It had a hard life. I totally restored it.”

Leaf praised Jim Holloway and the City of Alexandria for making the car show a success. 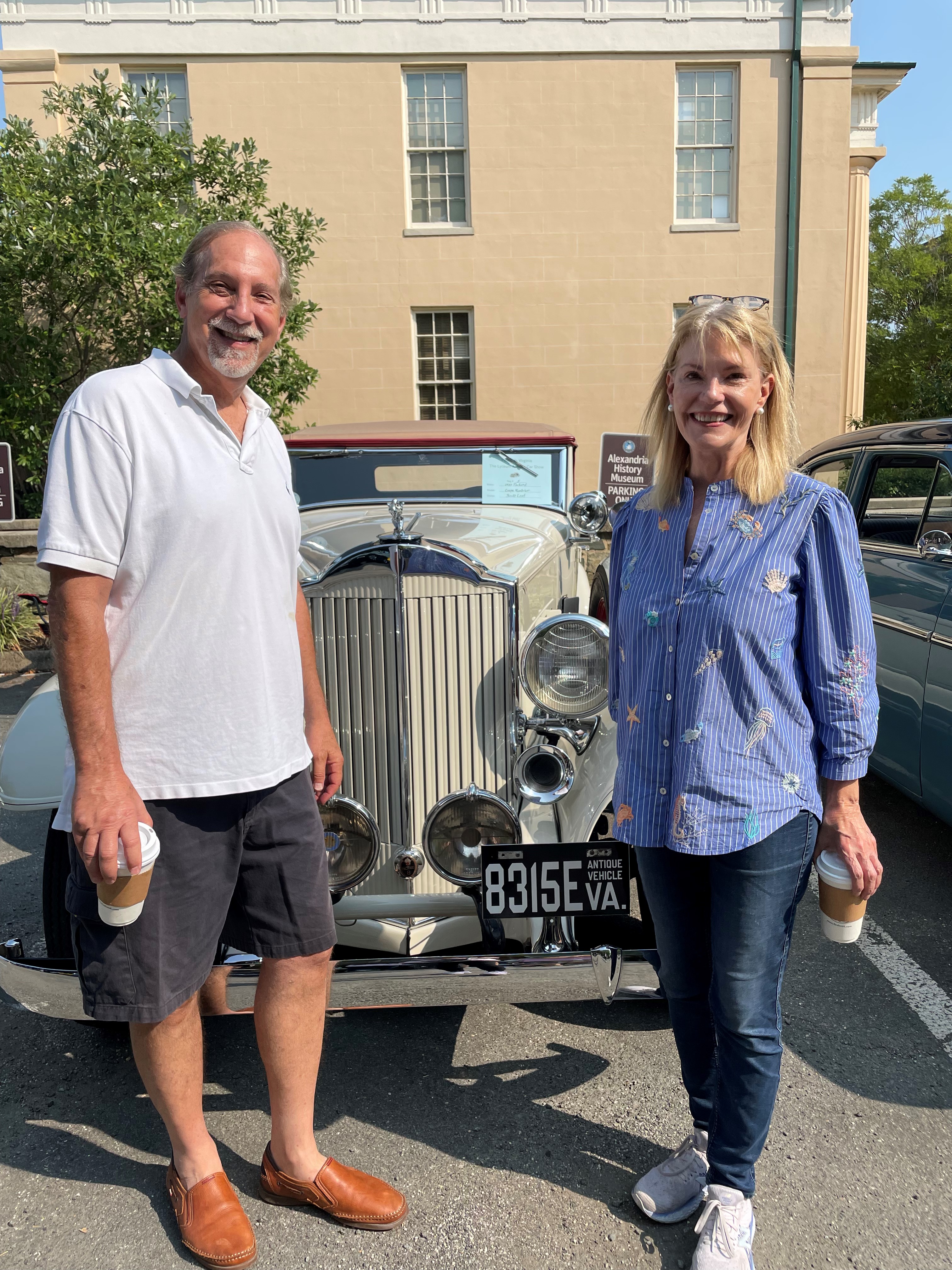 Scott Leaf and Debbie MacKenzie with the “Goddess of Speed” Packard hood ornament of the 1930s at the Sept. 17 Classic Car Show at the Lyceum.

“Jim Holloway has helped make this event possible for six years in a row, including the year that COVID was quite prevalent,” Leaf said. “There were certain requirements that were all met, including masking and social distancing and everything has always worked perfectly And we’ve been lucky to also always have nice weather.”

“A whole bunch of car guys know each other and get together and work on cars together,” Leaf added. “They like to display their cars, talk to the public and have an opportunity to drive their vehicles.”

Said Vines, “Cars are meant to be driven.”