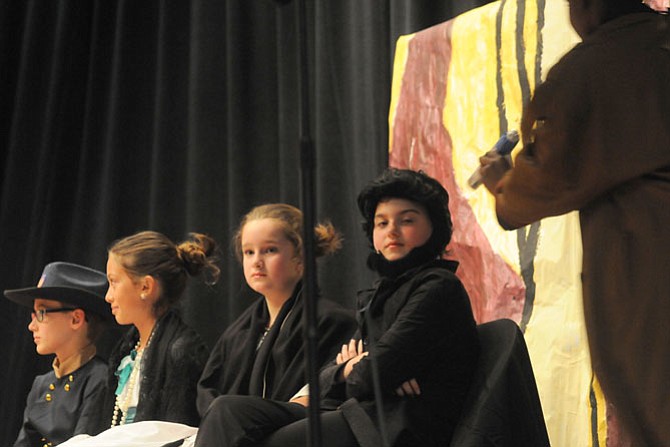 John Wilkes Booth (Nelsa Tiemtore) slips into the presidential box during the performance of “My American Cousin” at the Ford’s Theatre and shots President Abraham Lincoln. With the president is his wife Mary Todd Lincoln (Alyse Krieger) and Major Henry Rathbone (Christopher Bright) and Clara Harris (Ayla Subyak).