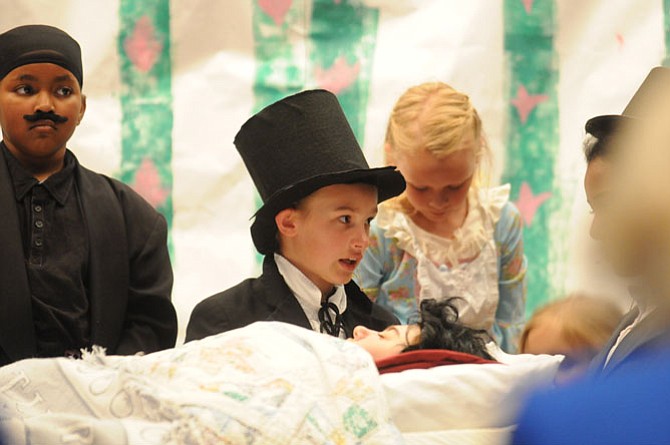 On the 150th anniversary of the assassination of President Abraham Lincoln, the students in the Lyles-Crouch After School Theater program presented an original play “Abraham Lincoln: And Now He Belongs to the Ages.”

You are at the last photo